The author of Hair Story shares how she turned a Barnard senior research project into her first book, now celebrating its 21st anniversary.

As a sophomore at Barnard, Ayana Byrd ’95 cut off her chemically straightened, mid-back-length hair to a short Afro to save money on salon visits. But what she thought was a practical, financial decision had a huge impact on her self-esteem.

“I didn’t feel attractive, I didn’t feel as confident, and I was shocked that hair could have such a hold on my identity,” said Byrd, who is an award-winning author and journalist. “This was years before the natural hair movement, when very few women wore natural hair.” Inspired by her own experience, she set out to talk with other Black women on campus about what their hair meant to them. And Byrd soon learned that it meant a lot.

These conversations occurred right around the time Byrd was selecting her Barnard Centennial Scholars Program project, now called the Barbara Silver Horowitz ’55 Scholars of Distinction Program. She decided to write a collection of essays on Black women and hair (and organized a panel discussion on the topic), which ultimately led to her first book, Hair Story: Untangling the Roots of Black Hair in America, published in 2001. 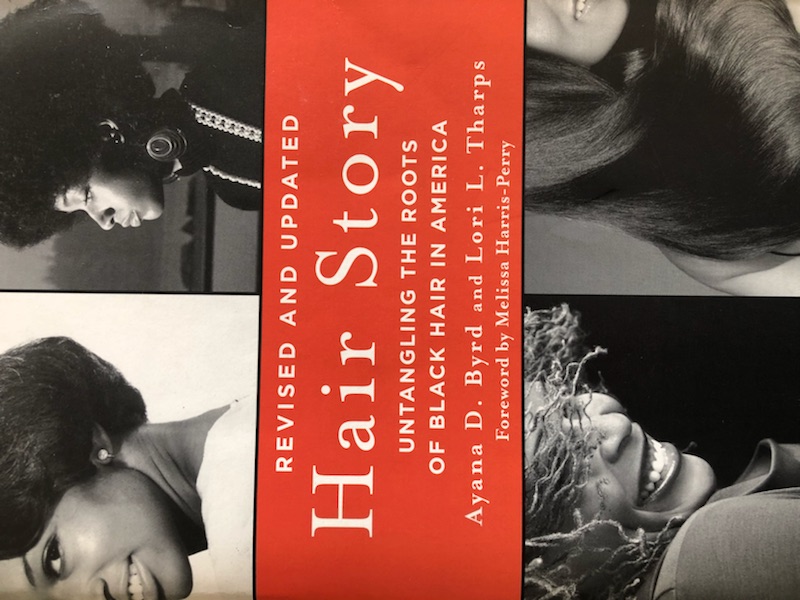 “It is incredible to me that it has been 21 years,” she said. “When I wrote the book, I knew Black hair was a story that would keep rewriting itself and growing.” But Byrd never imagined the surge of interest in the natural hair movement or the ways in which the internet would change everything about hair and beauty culture. “I am beyond proud that my book tells the back story and lays out the foundation of this incredibly rich topic,” she said. Today, visitors can find Hair Story in the library and archives of the ​​Smithsonian Institution in Washington, D.C.

As a political science major, Byrd says she gained first-rate research skills during college, which then helped her make headway on the book. “The Political Science Department had such excellent professors [who] were great at connecting dots to weave together fascinating bigger stories,” she said. “That is what we did with Hair Story; there were no other books at the time about Black hair that were not how-to books.”

Byrd also credits her sociology professor Lynn Chancer and the late art history and gender scholar Natalie B. Kampen, one half of the Centennial Scholars program’s faculty advisers, for her success. “The ability to figure out Black women’s beauty myths was essential to me — for my project, but also for my own identity,” says Byrd. “And many of those conversations began with Tally [what Kampen encouraged all of the Centennial Scholars to call her].”

Black women wearing natural hair styles continue to face workplace bias and suffer social and economic consequences as a result of their tresses. According to a 2019 study by Dove CROWN Research, 22% of the Black women who were surveyed said they received “hair/appearance policies” at the start of the application process, compared to 17% of non-Black women. To address this problem, the CROWN Act, which stands for Creating a Respectful and Open World for Natural Hair Act, was first introduced in California in January 2019 and signed into law by Governor Gavin Newsom that July. The law — which prohibits race-based hair discrimination at work, federal programs, and public accommodations — has been enacted in 15 states. The federal bill passed in the U.S. House of Representatives in March 2022 and is awaiting a vote in the Senate.

“Black women — and men, but in lesser numbers — have not been getting hired, or have lost jobs, because of their hair for decades,” she said. “And children are also not safe, as so many cases at private and charter schools have shown. I love that there is legislation targeted to fix this, but my fear is that now the reason given will be something else when really it is because Black hair is still under attack in so many industries."

One area where Black hair was under attack was in the U.S. military before it rolled back its longstanding anti-Black hair campaign in 2014, which prompted Byrd and her Hair Story co-author, Lori L. Tharps, to publish an op-ed in The New York Times about the subject. They wrote: “The argument isn’t that the Army does not have the right to enforce a conservative code — this is the Army, after all — but that it must consider the diversity of hair textures. The current policy is the equivalent of a black majority military telling its thousands of white soldiers that they are required to have dreadlocks or Afros.” Thanks to policies that were updated in 2021, military women are not required to wear their hair in styles that do not work for certain textures of natural hair.

After reading The New York Times piece, a writing instructor contacted Byrd and asked her to join the Master of Fine Arts in Creative Writing program he had just launched at St. Joseph’s College in Brooklyn. “I decided yes,” she said. “But I also told myself if I was going to upend my life at 41 to get an MFA, then I was going to really challenge myself and get [the degree] in fiction, not nonfiction.” 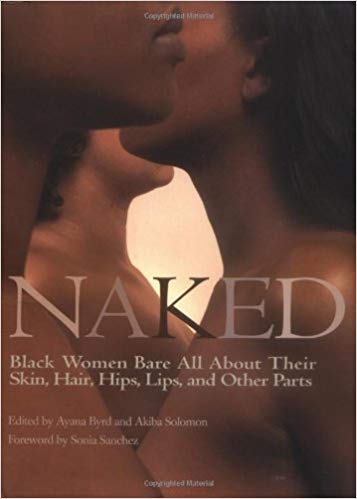 With a newly discovered love of fiction writing, Byrd is now completing her first novel, Of Lilla, an intergenerational story about a woman overcoming family trauma in order to love and heal herself. This will be her fifth book. In addition to co-authoring Hair Story, she is the co-editor of Naked: Black Women Bare All About Their Skin, Hair, Hips, Lips, and Other Parts (2005); co-author of the children’s book Yani & Shani’s Rainy Day (2015); and the ghostwriter of a book about what to do if invaded by bedbugs. “My name is nowhere in that one, but I know an astonishing amount about bedbugs,” she said.

Byrd is writing another chapter in her career through her work on Amazon’s television show Harlem. Curious about writing for television, she submitted a script for a television writing fellowship. While she didn’t get the fellowship, her script got into the hands of Harlem’s creator, Tracy Oliver. “She liked it and offered me a job in the writer’s room, which I love,” says Byrd. “Tracy and Scott King, the showrunner for Harlem, are incredibly supportive and are TV writing geniuses. So I not only got a job, I got amazing mentors.”

Her other new undertaking, 21 years after birthing her first book, is as the mother to son Luca, who was born at the beginning of the pandemic. “Raising a 2-year-old during COVID is like five full-time jobs,” she says. “Although I think most parents, pandemic or not, would say that mothering a toddler is a lot, these ‘five full-time jobs’ are the most fulfilling, loving time I have ever spent dedicated to someone who is absolutely my favorite person in the world.”