Break This Down: Racialized Capitalism

Professor Angela Simms discusses the consequences racial inequities have on access to resources. 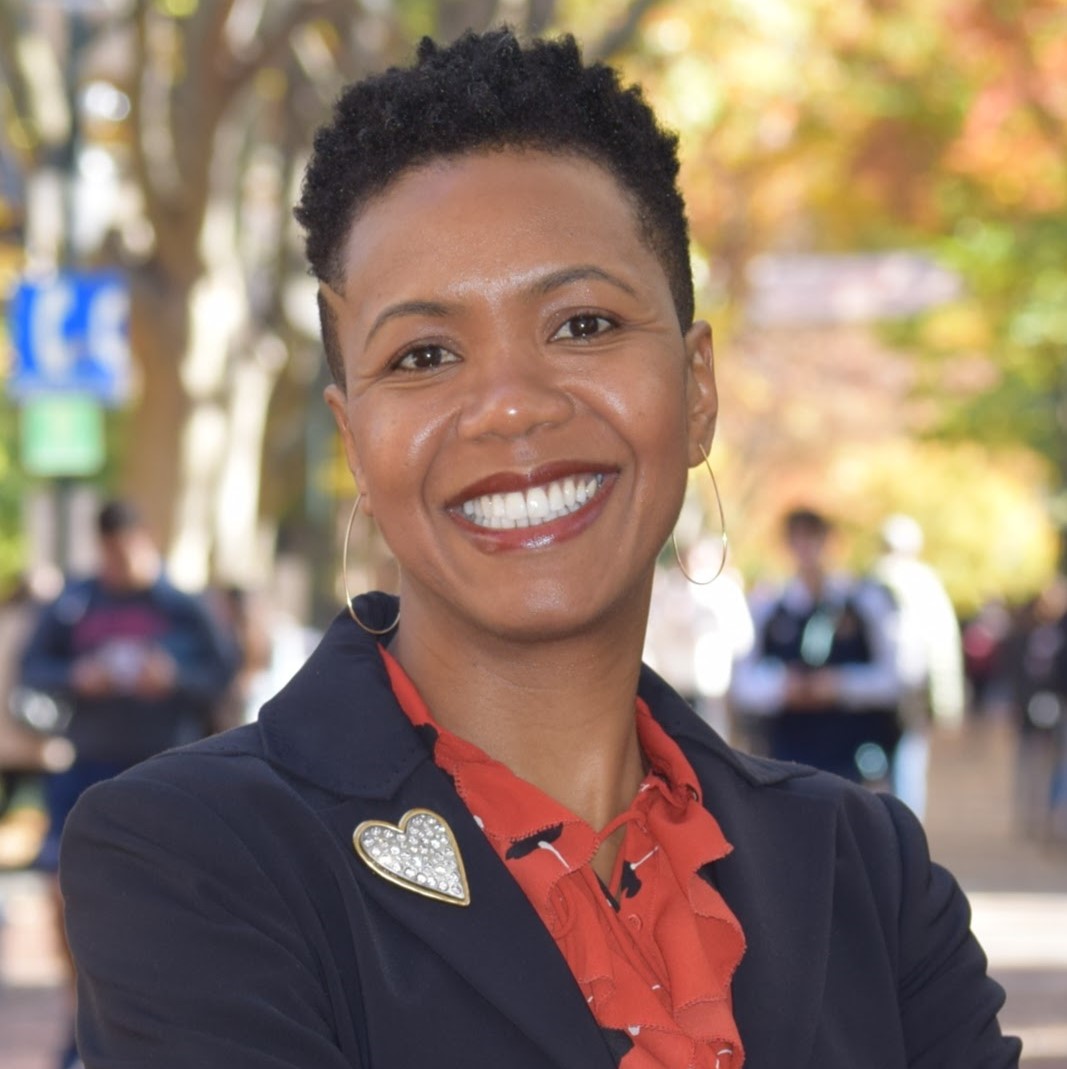 The COVID-19 pandemic has exposed systemic cracks in all aspects of life in the United States. Angela Simms, assistant professor of sociology and urban studies, says these disparities shouldn’t be surprising.

“Local jurisdictions’ capacity to respond to and recover from the COVID-19 health pandemic reflects not just the fresh wounds of the virus but the never-healed wounds of racialized capitalism at the root of the United States’ founding 400 years ago,” said Simms.

Simms’ research examines how legacy and contemporary market and government processes in metropolitan areas shape racial inequality, with a particular focus on the suburban Black middle class. Her work is particularly relevant to the current moment, given that faculty members and students at some universities are calling on their tax-exempt institutions to make greater contributions to their cities’ public school systems.

For her recent ethnography on racial segregation in the 21st century and public schools, Simms researched the extent to which the Black middle class in a majority-Black suburban county realizes the same returns to its class status as the white middle class, and how racial residential segregation patterns within a region affect a majority-Black county’s capacity to thrive.

In this “Break This Down” interview, Simms shares the key takeaways from her recent research, which she is currently developing into a book.

Why did you choose Prince George’s County (PGC), Maryland, for your ethnography?

PGC showcases the pinnacle of substantial Black economic and political empowerment in suburbia in recent decades. Here you’ll find the highest concentration of middle-class African Americans, as measured by per capita income, in a local jurisdiction, along with majority-Black political leadership since the 1990s. I created real-time data regarding how decision makers and residents responded to their social, political, and fiscal contexts by observing policy and budget development processes and conducting interviews with leaders and residents.

All of this information provided critical data for answering my research questions, identifying the interlocking weights of racism [that] Black households and communities navigate even as they attain additional class resources.

In terms of socioeconomic stability, what is the importance of sending children to high-performing schools?

A high-quality K-12 education is essential for an economically and socially stable adulthood. Pursuing a job, college, or other formal postsecondary education after high school requires the core reading and quantitative skills developed from kindergarten through senior year. The premium on postsecondary education increased exponentially after the 1970s, due to a more globalized economy. From the 1970s forward, we shed living-wage and middle-skill manufacturing jobs. Jobs increased at the top and bottom of the service economy — Wall Street analysts and restaurant workers. We social scientists call this the “hollowing out of the middle” or the “hourglass economy.”

Critically, nonwhite children, especially Black children, face both the economic restructuring headwinds all U.S. residents face, plus those of anti-Black racism. African Americans’ challenges reflect layers of institutionalized anti-Blackness over time — from slavery to Jim Crow to today’s “color-calloused” racism, my term for “color-blind” racism. Racial inequities also manifest spatially, as demonstrated by the concentration of high-quality public services and private amenities in white communities in metropolitan areas — regardless of whether racial groups live in cities or suburbs or in northern, southern, or western states. Consequently, Black children are less likely than their white peers to attend high-performing schools.

Finally, school performance remains one of the primary factors that middle-class families consider when determining where to live. Because of long-standing racialized market and government processes, many of which directly and disproportionately invested in white families, they are the families most likely to be in position to achieve a “package deal” of high-quality homes and schools. And thus, the cycle of whites’ greater access to resources at Blacks’ expense begins anew.

How is the Black middle class constrained in its ability to provide high-quality public schools?

Even as postsecondary education, employment, and housing opportunity structures opened to them [after the modern civil rights movement], Black people with class advantage still could not overcome barriers limiting their access to high-performing K-12 schools.

To this day, most Black youth, even those from middle-class households, live in neighborhoods with inadequate tax bases for supporting robust K-12 education. This is largely because local property tax revenue is a significant share of school budgets. Tax revenue generation is connected to three mutually reinforcing social processes: 1: most students’ school assignments are based on where they live; 2: racial residential segregation persists; 3: dominant white market actors value properties in majority Black neighborhoods less than those in majority white areas, reflecting whites’ continued stigmatization of Black spaces. Governments at all levels — local, state, and federal — have abdicated responsibility for ensuring racial equity in access to K-12 resources. Equity, in this case, would mean that Black schools and students receive more resources to redress harm done and to build structures necessary for students to excel in schools now.

Brown v. Board of Education (1954) ostensibly decoupled where one lived from one’s access to high-performing schools. However, beginning with Milliken v. Bradley (1974), courts and legislatures increasingly cooperated with whites’ integration avoidance strategies, exemplified by drawing ever smaller and more arcane school district boundaries and permitting state funding formulas that do not sufficiently offset inadequate local property tax revenue generation in majority-Black jurisdictions. In addition, “school choice” options, such as charter schools and private school vouchers, also have not closed the resource equity gap — what many call the achievement gap.

Ultimately, public schools are just one of many institutions reinforcing marked racial disparities.

How do you anticipate the fallout from COVID-19 interacting with your research findings?

In a paper now under review at a journal, I argue that the fallout making the news about racial inequality regarding COVID-19 understates a bigger issue. While the emphasis placed on Blacks’ exposure rates due to their occupations and likelihood of having preexisting physical health conditions remains important, a fundamental issue often overlooked is the underlying preexisting fiscal health conditions in counties where African Americans live.

Fiscal capacity shapes locales’ ability to respond to the pandemic, and attendant economic contraction, effectively. It also sets the terms of jurisdictions’ fiscal possibilities after the pandemic. Unlike jurisdictions with white majorities or pluralities, Black locales pursue fiscal resilience in the face of racialized capitalism, which enables whites to corral a disproportionate share of regions’ economic benefits while managing fewer of its burdens.

In what ways does racism continue to distort the United States opportunity structure, despite constitutional amendments and federal laws, and what can we do about it?

One way we measure the cumulative effect of racialized capitalism and policies is the white:Black wealth gap, which today is 10:1. And certainly the rise of mass incarceration of Black people marks a central way white-dominant social systems undermine Black people, households, and communities. African Americans’ disproportionate imprisonment results from their being treated differently than European Americans by the criminal justice system. For instance, young white men are the most frequent drug users, yet Black men are overrepresented in prisons for drug-related crimes.

In my research, I look at how flows of people and resources to local jurisdictions within regions create new mechanisms for whites’ resource hoarding and how their disproportionate access shapes life chances for all racial groups. Importantly, since 1965 immigration reform, flows of people are increasingly racially and ethnically diverse in both cities and suburbs.

In Prince George’s County, during the lead-up to the foreclosure crisis associated with the Great Recession of 2009-2011, mortgage lenders targeted PGC neighborhoods for toxic mortgages more than nearby counties with smaller overall Black populations and fewer majority-Black communities. Both Black households and PGC experienced severe economic strain. Residents lost homes and jobs, and the county’s revenue retrenched as demand for services intensified. Schools, for instance, suddenly needed to offer more reduced-price meals to children whose families endured precipitous downward mobility. What happened in PGC is consistent with the through line of predatory capitalism in the United States, which extracts from Black communities in ways benefiting white elites.

There are many potential remedies. Among the most promising features financial reparations to Black people for past and continuing harms. For information on what that might look like, I recommend From Here to Equality by William Darity and A. Kirsten Mullen (2020). More enforcement of existing anti-discrimination laws and enactment of new laws to push courts and other governing bodies to consider disparate impact of policies will also help — even if, on their face, laws are racially neutral. In addition, we need to increase taxes and ensure equitable distribution of the additional revenue to account for prior deprivation. Active monitoring by the government and the public is also vital, bearing in mind that the default in the United States is racism. If we want racial equity, we must be unflinchingly intentional. Leaders of the Black Lives Matter movement reflect this stance. The Black Futures Lab’s policy agenda offers an example as well.

Break This Down
Angela M. Simms